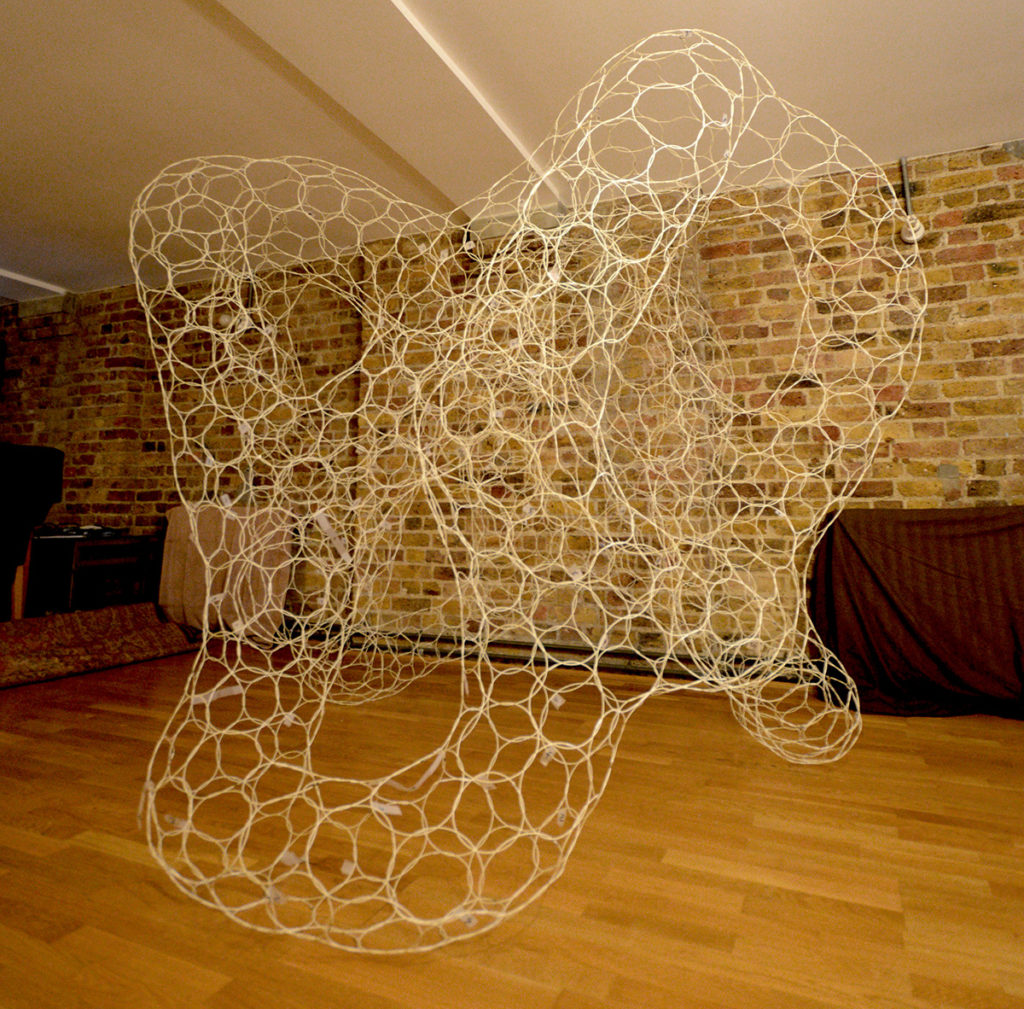 This is another project focusing on Archilace, a structural typology that I studied at a Design Modelling Symposium 2015 workshop in Copenhagen.

Archilace was first explored and developed by the London designers Loop.ph.

In this self-initiated project I decided to explore the limits of the Archilace material and it’s assembly, by building a highly double-curved structure that would test the minimum global curvature that is achievable, and the complexities of weaving that arise from this.

A marching cubes meshing process was used to generate a clean volumetric meshes along input curves. The final form I chose fitted into a 2 metre cube, and was selected because it exhibited high curvature in areas, had interesting features that I wanted to see how the Archilace would negotiate (such as ‘T’ joints and collars), and lastly, it was symmetrical in plan, thus aiding assembly.

After this some basic breadth-first and neighbouring-loop mesh walk scripts were run, to understand how best to break the sculpture up into manageable and equal-sized sections, that would accurately mirror the sequence of assembly. In truth these studies did not affect the final build process very much, however I hope to keep developing them for future Archilace builds…

The structure was built by two people over a few days in total… during that time we discovered a few problems with my initial model. One issue was that our minimum curvature was over-optimistic, and there were some very high forces in the Archilace in certain areas.

· My Archilace work at the earlier Design Modelling Symposium workshop is here.

· Visit the Loop.ph website, for information on their built Archilace installations.