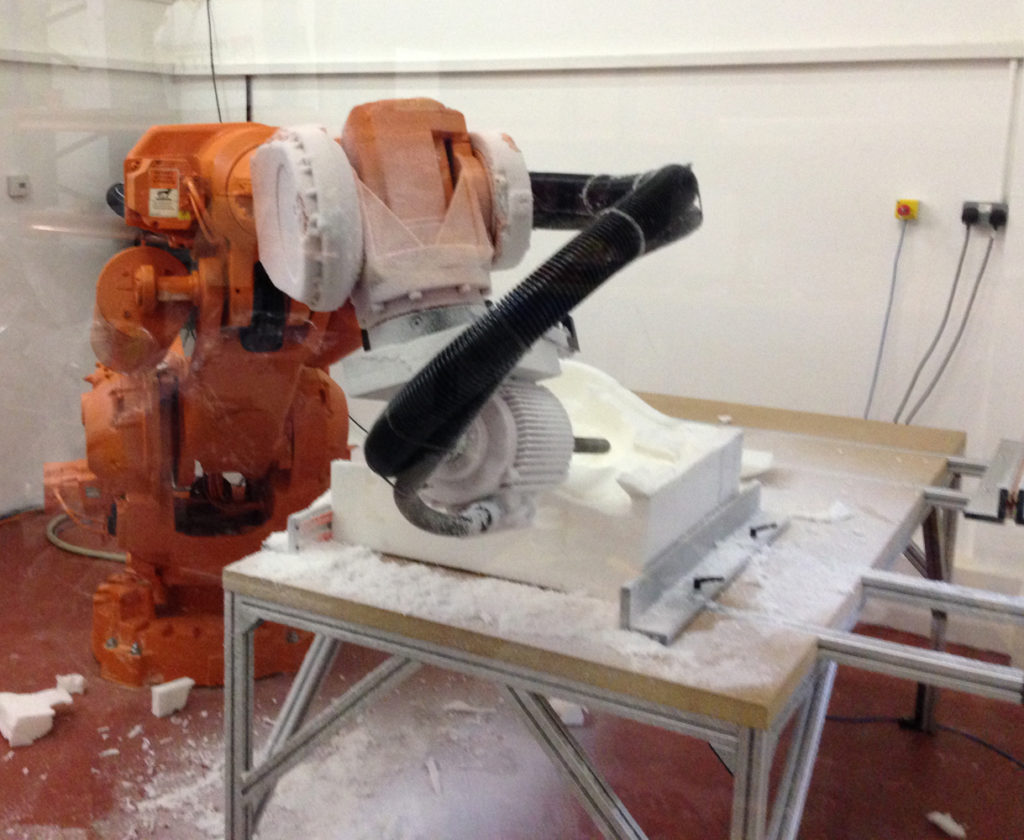 While working for RoboFold, I co-developed a robotic design and production interface for Consolor, a disabled seating company.

This new interface (built in Rhino+GH) allows Consolor to automate a large majority of their design and fabrication process, which was previously a completely manual exercise, and enables them to offer customers a far quicker turn around from quotation to delivery.

Using this flexible ‘mass customisation’ interface, Consolor’s technicians can design a bespoke seat for each customer that is tailored to their exact body measurements, and send this data directly to an on-site 6-axis robot for immediate fabrication.

During the process, the input mesh (in this case, a body scan of the customer) is cleaned up to remove inaccurate mesh artifacts, and split into discrete pieces corresponding to Leg and Back supports.

The pieces are automatically orientated to the optimum position for milling, and ergonomic data concerning the customer (leg length, arm length, height, and so on) is used to generate cutting paths that will cut away the block’s sides and form arm and leg rests.

A series of slider controls allow the Consolor technicians to tweak each variable, ensuring that the final pieces precisely support the customer’s body.

The data generated by the interface is then sent to an on-site 6-axis robot. This robot is equipped with a milling head that allows it to either remove material slowly via typical ‘perpendicular’ milling (used here for the seat and back support), or produce broader and faster cuts called ‘flank milling’, using the long sides of the milling bit (used here for the simpler arm support surfaces).

· Visit the Consolor website for more information on this project.

· The robot that fabricates each seat was also installed by RoboFold. The hardware and software developed in this project and many other RoboFold projects has been refined and is now incorporated in their spin-off company, Robots.IO.